How can I improve my accent?

A couple of weeks ago I started working with Angelica (not her real name), a thirty something woman from Mexico. She already speaks Dutch, at about a B1 level, but she is feeling increasingly frustrated, because people don’t understand her and switch to English. It wasn’t difficult to figure out what the problem was: her accent. She speaks Dutch as if it were Spanish, in the front of her mouth, the “h” sounds like our “ch” the [u] like [oo] and everything at the pace of a million kilometers an hour. I told her the Dutch in general are not very tolerant of foreign accents, but that there are some things we could work on together.
She has to speak out loud, preferably in front of the mirror. Read something or tell yourself a story. Overact, be a drama queen, exaggerate those [eeeee]s. Nobody will hear you, so don’t be shy.
In the beginning, try individual words. Regering, huis, echtgenoot….whatever you find difficult. Once you get comfortable with those, you can start with complete sentences. As a native Spanish speaker, Angélica has a hard time with the difference between the short and long e. “Het eten bestond uit elf gangen.” Start slowly, no reason to rush.

Listen to a lot of Dutch that you think is pronounced very clearly. On my site, I often post clips of old news items from the 1950s. They spoke so much slower back then, pronouncing every little detail so correctly. Listening to songs is also really good, although difficult, but it helps if you have the text and can sing along. Again, maybe you don’t want anybody to hear you 🙂

Learn how to listen to yourself. During our lessons, Angélica has to read a brief paragraph, and I make sure she is familiar with all the words. I then record her with my smart phone, and we listen together. She has to tell me what she thinks she did well and what needs improvement. After some initial embarrassment, she now really likes this exercise and is increasingly aware of her errors.

There are now plenty of apps, like Duolingo and Babble, that allow you to chat with fellow students and native speakers.

And finally, and probably most importantly, don’t judge yourself too harshly. Yes, Dutch people are intolerant of accents, but this is because most people are not used to expats trying to speak Dutch. Just tell them you find it hard and they will probably be a bit more understanding. You don’t have to have a perfect native pronunciation, you just want to be understood. Succes ermee 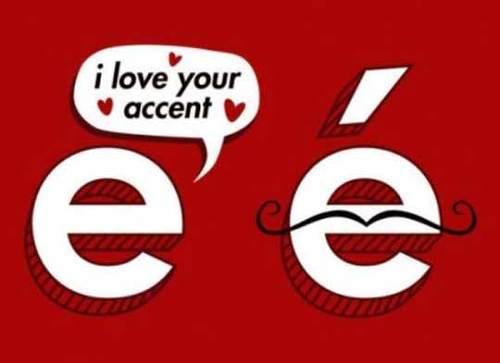